60-year-old accommodation block refurbished for a new generation of students.

Aquinas College, a University of Otago residential college, was originally built by Naylor Love in 1954. We were pleased to be back over 60 years later to refurbish, re-clad and strengthen the five storey concrete framed building.

The re-clad involved removing 500m² of brickwork, then re-framing and re-cladding the exterior in lightweight aluminium panels, with remaining brickwork on the ground floor tied back to the original framing. This both improved the seismic performance of the building and completely transformed its appearance.

Internal works involved upgrading the existing staircase, which was widened to improve accessibility, with a new central glass wall providing fall protection and letting light flood into the building.

We advised on buildability and sequencing for the project from early in the planning stages to ensure the work could be completed over the university’s summer break. At its peak we had over 90 tradesmen on site, with our own team of carpenters and 19 subcontractors involved in the work in a truly collaborative team effort.

The project was a complete success, with the seismic capacity of the building increased from 35% NBS to 80% NBS, fire safety improved and the exterior transformed in a tight 16 week deadline. The 60 year-old accommodation block was refurbished and ready right on time for a new generation of students. 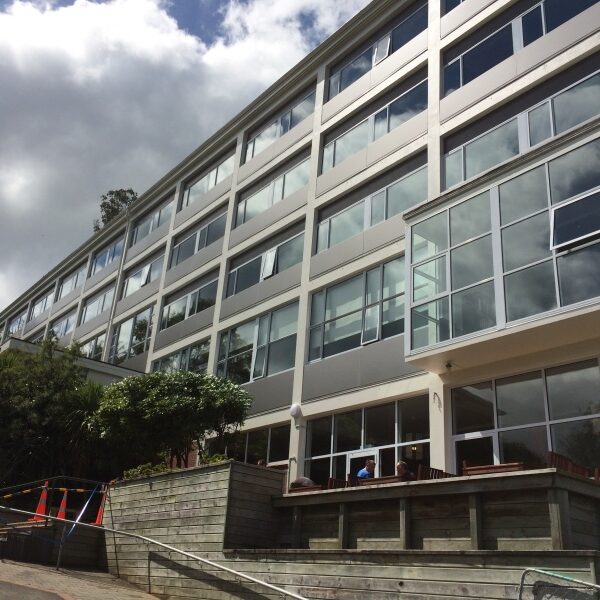 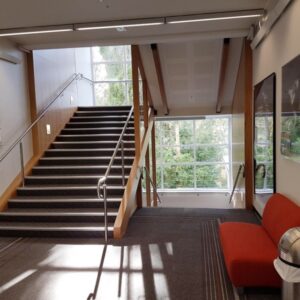 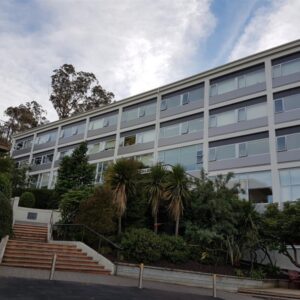 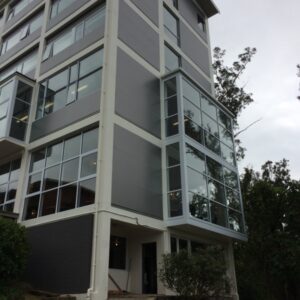 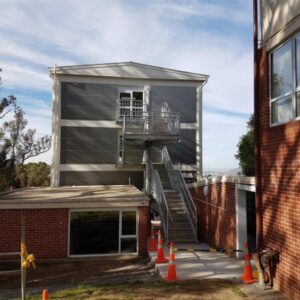