Bay of Plenty District Health Board

Building 24 (B24) is a four-storey building constructed in the 1960’s, primarily of in-situ concrete. In this two-year project, we seismically strengthened the building and built a new toilet block and body store.

B24 is located between two existing structures, so the available site footprint was extremely small. For example, on the northern elevation, the MRI building is only 600mm from B24. This congestion required our team to take focused approach to co-ordination and logistics to minimise impact on the adjoining occupied buildings.

B24 is a live environment and needed to be kept fully operational, so staff, doctors and patients could continue to use the building during construction. Much of the works on the building – preparation, plaster removal, scabbling and drilling of holes for the starters – was completed outside of normal working hours to minimise disruption.

A major requirement for the B24 stakeholders was for the windows to be kept clear throughout the project, so they could still work in natural light. Key safety-in-design of the temporary works was utilised to ensure safety and functionality was always maintained.

On completion of the concrete work to the building, we coated the new concrete work in Sto plaster and repainted the windows and the existing plastered areas, leaving the building both strengthened and refreshed. 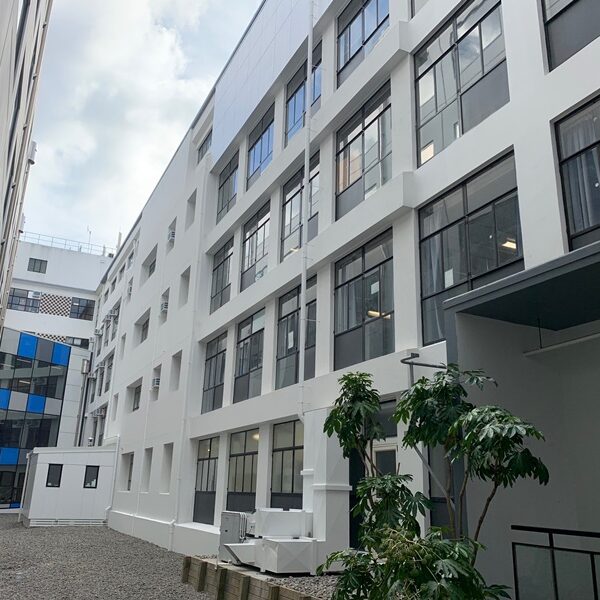 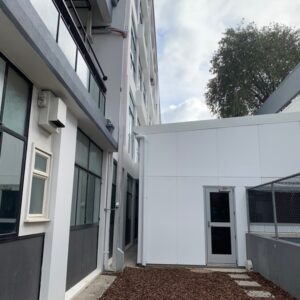 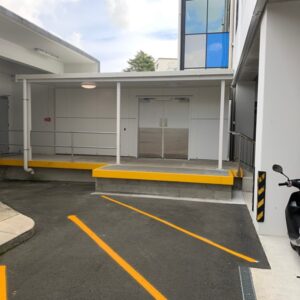 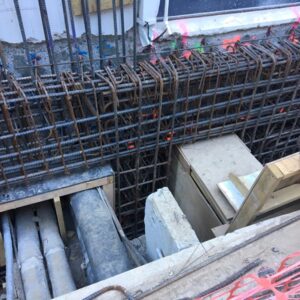