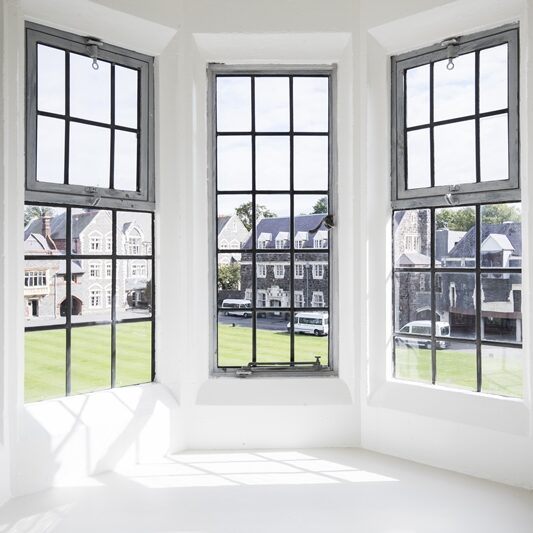 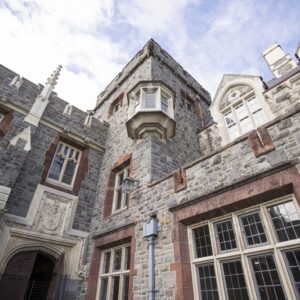 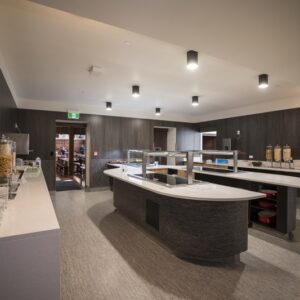 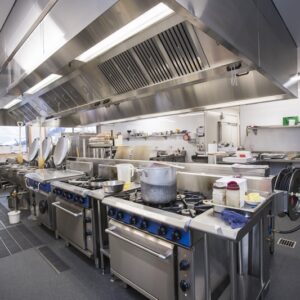 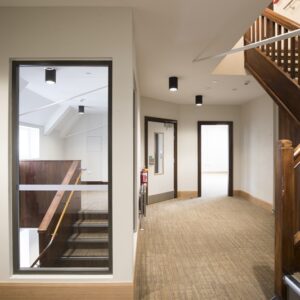 Christ’s College Board of Governors

Heritage building strengthened and modernised without losing any of its character.

Originally constructed in 1925 and described as “a masterpiece of collegiate Gothic and Tudor Perpendicular,” our Christ’s College Kitchen Tower project comprised demolition and new build, structural and seismic strengthening, restoration of heritage features, and the internal fitout of a high-specification commercial kitchen, office space and amenities.

Naylor Love took great care with the heritage elements of the building, stripping the interior without causing damage to the original exterior stonework and windows. Public-facing façades feature salvaged Halswell stone, Oamaru stone and scoria, painstakingly restored piece by piece. Original lead light windows were removed and deglazed, and the frames stripped and repainted before being carefully reassembled and reinstalled. A new extension preserves the attractive stone façade along Rolleston Avenue, retaining maximum heritage fabric and blending with the existing streetscape.

Strict adherence to sequencing was critical in maintaining structural integrity and a safe working environment throughout the build. Our team generated a carefully considered construction sequence for delivery, splitting the work into four zones across three levels, with each zone impacting the structural integrity and safety of the next. The old kitchen and servery were demolished, and new extension constructed, seamlessly connecting the adjoining heritage substructures to form one building across three floors.

In restoring the Kitchen Tower, Christ’s College sought to modernise existing facilities, ensure structural and seismic integrity, and retain the important heritage features of the building. This award-winning project has transformed a tired kitchen and two underutilised floors into a modern and functional building that meets the current and expected needs of the college.