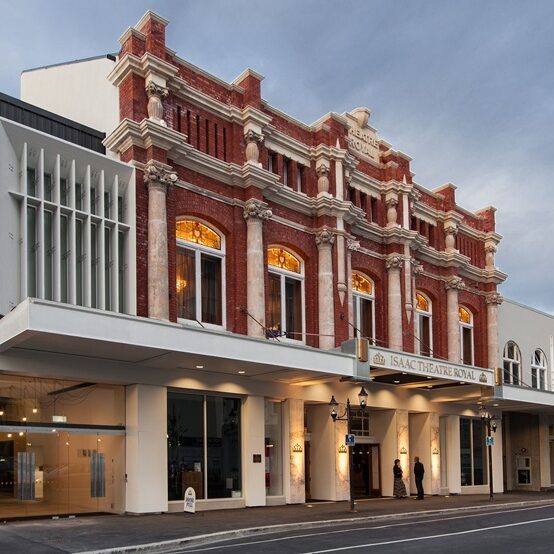 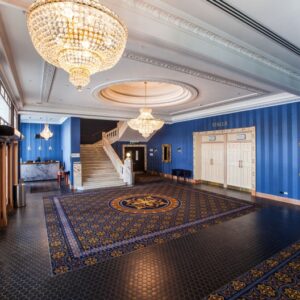 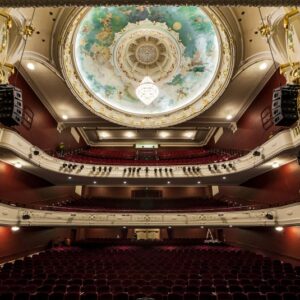 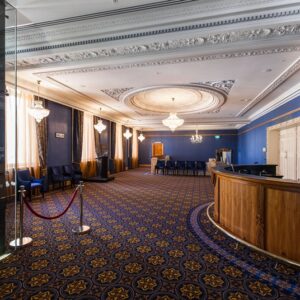 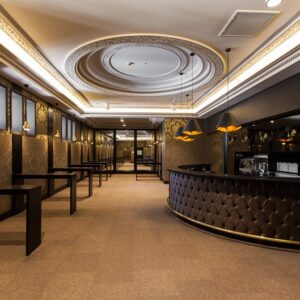 Category one historic theatre restored to its pre-earthquake condition.

The Historic Place Category 1 Isaac Theatre Royal was given a mainly cosmetic refurbishment by Naylor Love in 2004-5, with the project winning several awards at the 2006 Canterbury RMB Commercial Project Awards. Unfortunately the theatre was badly damaged in the 2010-11 Canterbury earthquakes, and we were engaged to commence stabilisation works, ensure weather-tightness, and prevent further deterioration of the building fabric and internal heritage-listed plaster.

As the aftershocks continued, the scope of works changed into a complete re-build of the foyer and the auditorium, including the addition of several upgrades, including an extendable stage, a new performance space and upper-level foyer and a lift.

One of the key drivers for the project was to allow patrons to return to the theatre without noticing the difference, with the decorative plaster and other heritage features installed over the new strengthened steel and concrete walls and a lightweight reinforced steel-beam roof. We used 3D scanning of the building to allow the design team to detail the reinstatement to its pre-earthquake condition, with features that could not be preserved being faithfully replicated.

Preservation of the historic features of the building was another key part of this project, which included the restoration of the brick and Oamaru stone façade, marble staircase and an intricately painted dome in the auditorium. Protecting the dome in the unstable building was one of the first challenges; Naylor Love worked closely with the engineer and stabilised the building from the outside, allowing access to the dome. A cradle was devised so the dome could be lowered down inside the building, then pulled through the proscenium arch and secured in place on the stage while the de-construction was carried out around it. The canvas was then removed in pieces into one of the rooms within the theatre, which needed to be kept dust-free and at a constant temperature, for intricate conservation work.

Naylor Love worked closely with the client and the design team throughout this complex project, giving advice on cost, buildability, program and construction techniques, which led to considerable savings and improvements in the program. The theatre opened right on time to the delight of the Christchurch public and arts community alike, strengthened to over 100% of new building code yet complete with all of the heritage features that have wowed audiences for over 100 years.