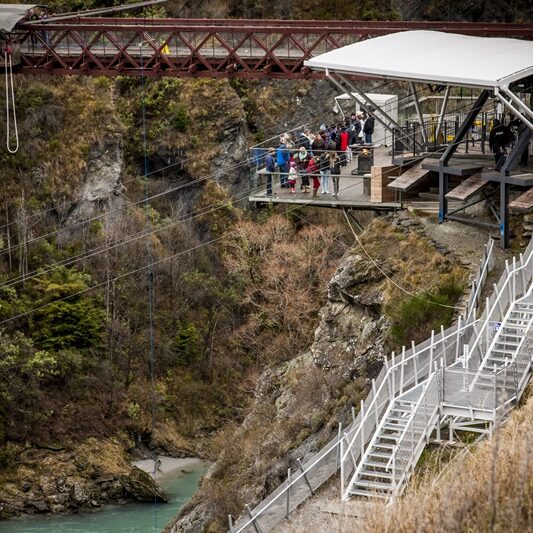 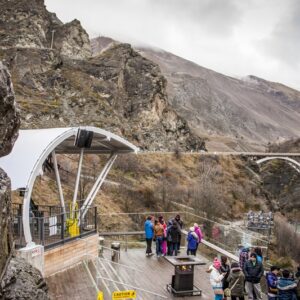 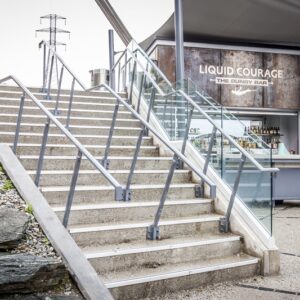 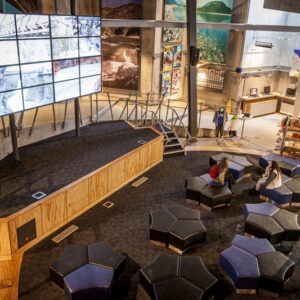 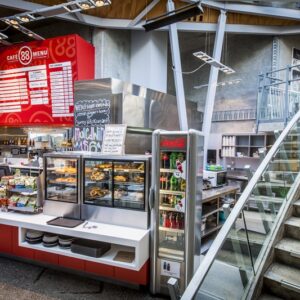 The AJ Hackett bungy jump in Kawarau Gorge is one of Queenstown’s iconic tourist destinations, being the first commercial bungy operation in the world. Naylor Love have been involved in the centre for over the years, starting with redeveloping the Bungy Centre itself. This involved removing a huge steel dome, building new offices, a new café, video lounge and a stage.

We were delighted to be involved in the installation of AJ Hackett’s newest attraction for thrill seekers, a 260 metre-long zipride which runs down the side of the gorge from the café at the top, turns riders around at the bottom, then winches them back to the top. The three lines can carry up to six riders at a time, reaching speeds of up to 60 kilometres an hour.

Along with the zipride, the works included extensive extensions to the deck, a new concrete access stairway to the bridge, a new steel stairway up the mountain face from the bottom, an extended outdoor bar area and the installation of a huge steel platform at the top for the zipride, with a similar structure 130 metres away across a canyon.

The zipride was a complex mechanical/structural engineering project erected over steep and difficult terrain some 40 metres above the river, with much of the work requiring the use of helicopters and abseil harnesses. The busy tourist mecca stayed open throughout the works, which were completed to a very high standard in a tight timeframe.