A practical build on a steep site provides plenty of space for learning and play.

Beginning in the winter of 2017 and completed in February 2019, our project at Khandallah School was split into of three stages.

Stage 1 was the construction of a 670m2 classroom block which accommodates 250 students and 13 staff members in three large shared learning spaces, as well as multiple break out rooms, two kitchenettes, accessible bathrooms. It has easy access out into the newly constructed courtyard, which includes drinking fountains, a large timber deck and landscaped gardens.

The classroom block is cantilevered out over a steep, bush-clad bank, making setting out the piles and foundations for the pre-cast suspended slabs a challenge. The slab has in-ground heating, eliminating the need for surface mounted heaters.

The building features three different wall claddings and a raked suspended ceiling, plus expansive glazing providing both great views over the suburb and natural lighting. CO2 meters alert the staff when to open the high-level windows. This stage, known as the Kaukau block, was completed in plenty of time for the school’s 125th anniversary celebrations over Labour Weekend in 2018.

Stage 2 was the extension and asphalting of the existing staff carparking/student drop-off zone and Stage 3 was the demolition of an old asbestos-riddled block. This made way for a new playground on a terraced bank, which has added a very popular play space for the students. 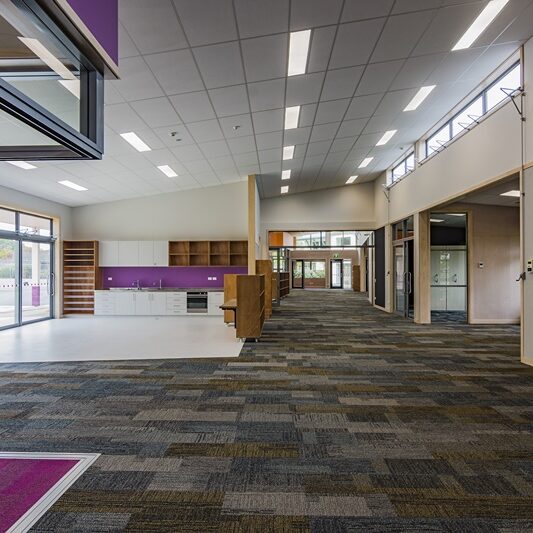 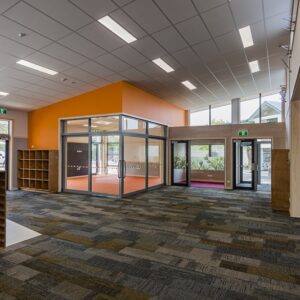 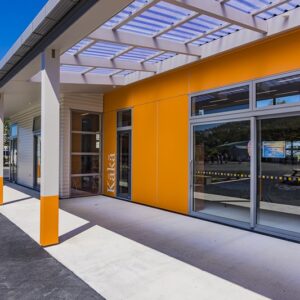 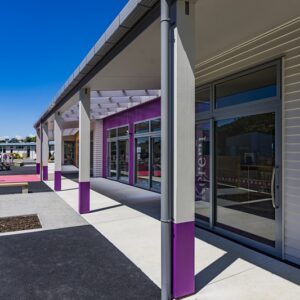 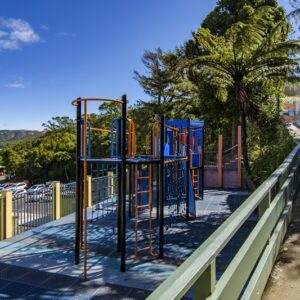 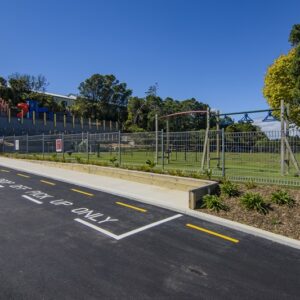