The new terminal at Nelson Airport has provided an exceptional opportunity for the full range of project participants to perform in a coordinated, pragmatic and highly performing environment – which is evidenced by the finished product.

The new terminal at Nelson Airport is an expansive 5,500m² single-storey terminal building with mezzanine floors at either end. Working in partnership with Fulton Hogan and Gibbons, our Canterbury team also completed 36,000m² of civil works, including services, roading, landscaping and over 900 car parks.

Built to be strong and sustainable, the IL3 building features a locally-produced laminated veneer lumber (LVL) structure and is the first major building in New Zealand to use an RSFJ (resilient slip friction joint) seismic isolation system. The self-correcting RSFJ slip joints allow movement and energy absorption in earthquakes.

The terminal building is set on 18m-deep pile foundations, with a suspended Stahlton beam floor, set higher than the original terminal to provide flood protection. The 36 triangular roof panels, each weighing seven and a half tonnes, were built in a nearby hangar and craned into place with less than 5mm of tolerance. This prefabrication system, aided by BIM modelling and a meticulous quality assurance process, proved quicker, simpler and safer in the airport environment. The modular nature of the structure will also smooth the way for future expansion.

The team overcame the biggest challenge on this project, the need for airport operations to continue safely throughout, with a collaborative approach to stakeholder engagement. Timely and accurate communications were critical to managing construction operations, particularly in the constantly changing airside environment.

A one-of-a-kind building designed to reflect the importance of forestry and the environment to the Nelson/Tasman region, the terminal opened to great acclaim in October 2019. 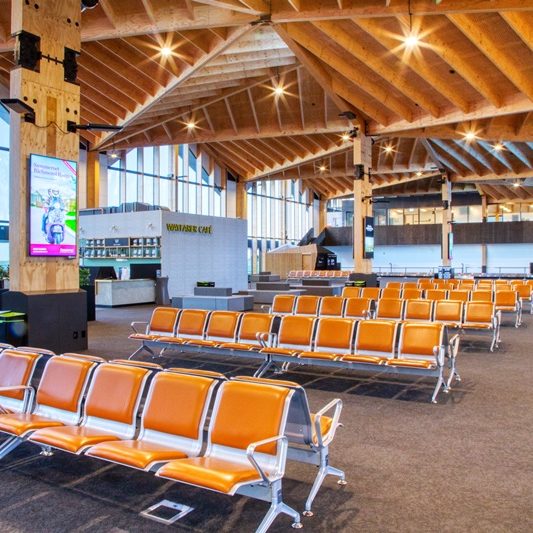 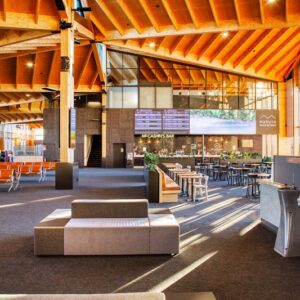 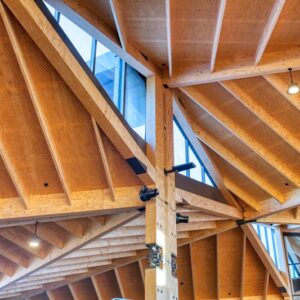 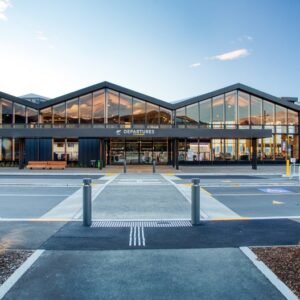 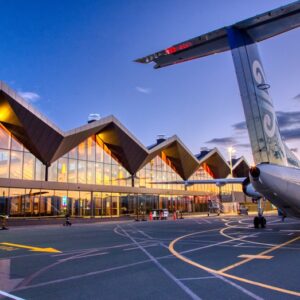