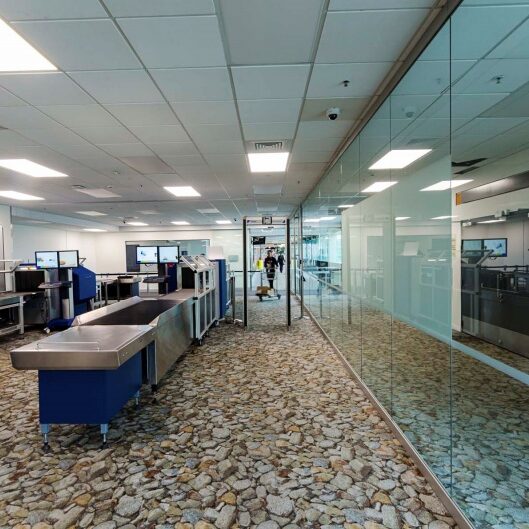 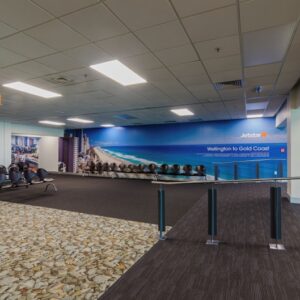 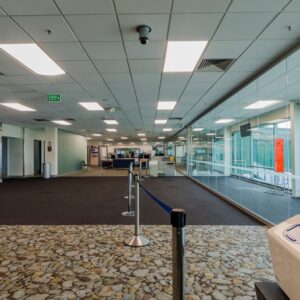 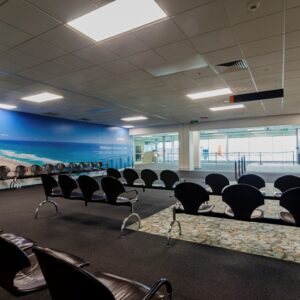 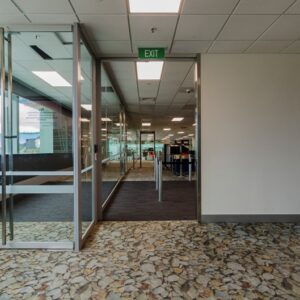 Refurbishment of an operational airport lounge.

The Jetstar domestic lounge at Wellington International Airport was a combination of the old airport buildings with sections of the more modern area, and was proving a logistical challenge for both AVSEC (Aviation Security) and Jetstar staff.

Our task was to incorporate the lounge seamlessly into the modern airport – reconfiguring the access routes, replacing the ceiling tiles and glazing partitions, adding three new bathrooms and carrying out a significant services upgrades – while working around flight schedules and an operational gate.

Once we began the demolition, we discovered an unwanted treasure trove of long-lost services, as well as an old roof between the new roof and the suspended ceiling. The site team and our committed subcontractors worked hard to accommodate the increased scope of work within the original programme.

There are always a number of challenges involved in working in an operational part of an airport, especially with a lot of trades involved in a relatively small space, but we completed the project on-time and achieved our goals of a modern lounge and a satisfied client.