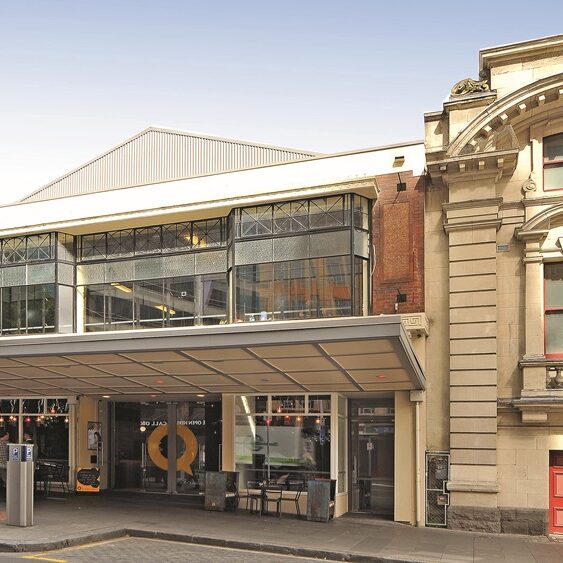 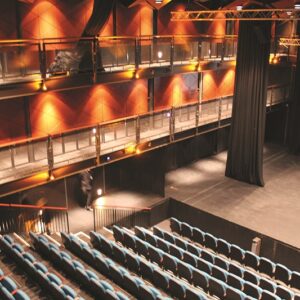 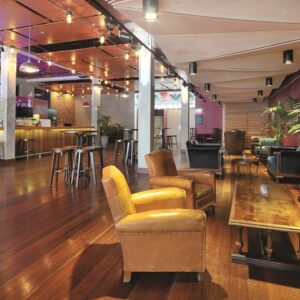 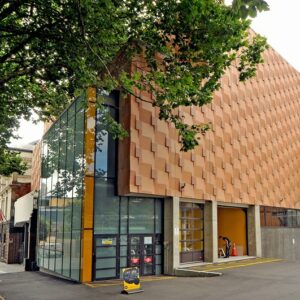 A stunning new multi-purpose arts venue in the Auckland CBD.

One part of Auckland’s Q Theatre is in a Historic Place Category 2 heritage building at 305 Queen Street, and the other part is in a multi-purpose building alongside, completed by Naylor Love in 2011 after years of arts community fundraising.

The key to the new theatre is flexibility, with a main 450-seat auditorium that can be configured in at least five ways or have no seating at all. There is also a smaller 120-seat performance space upstairs, and a further rehearsal/performance space, a café and a bar area.

This was a complex build, starting with the delicate task of demolishing a car park still physically attached to the Auckland Town Hall. Below ground, the supposed rock base proved to be largely infill of a small valley, complete with stream, which had been converted into a storm water tunnel. Some of the feeder tunnels into the main train had to be re-routed; some of the concrete block obstructions had to be broken up with a pneumatic drill; and some piles had to be relocated where obstructions were too large to remove.

With all of the challenges successfully overcome by our hardworking site team, the new theatre opened to great acclaim.