Despite slight delays because of the weather, the demolition work has gone to plan and they’ve done an exceptional job in controlling the site.

Demolition undertaken as quickly as possible without compromising safety.

Following the November 2016 Kaikoura earthquake, Queensgate Shopping Centre closed for urgent safety inspections. The centre partially reopened eleven days later, but one building in the northeast corner of the mall, containing the cinema multiplex and part of the carpark, was deemed structurally unsafe and needed to be removed urgently. Naylor Love was involved from an early stage, and was already on site when the instruction to demolish was received in November 2016.

Two high-reach excavators, one weighing 65 tonnes and the other 45 tonnes, were used to progressively deconstruct the four-level building. Works were staged and planned to allow for a Structural Engineer’s sign-off prior to commencing the next section. Daily Pre-Start Meetings and up-to-date weather forecasts were also crucial in the programming of the works.

Hutt City Council allowed a cordon with temporary traffic diversions and road closures to be put in place around the demolition zone, with affected businesses both inside and outside the shopping centre allowed to re-open as soon as it was safe. The neighbouring New World supermarket remained closed until the week before Christmas, with the Angus Inn able to reopen in February.

Following demolition, an exposed face of the adjacent building was shrink wrapped to protect it from the elements, and we’ve since re-clad this area. The mall was completely re-opened in early April 2017. 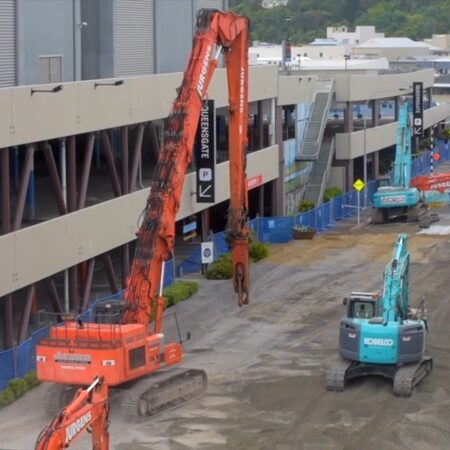 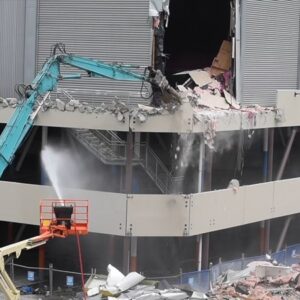 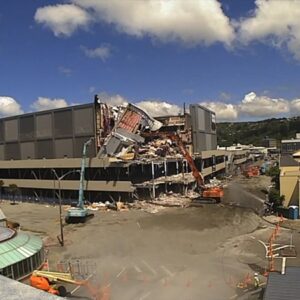 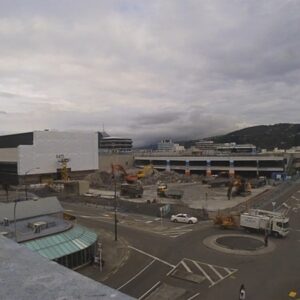