A successful re-roofing project in a challenging live environment.

Working above a fully operational powerhouse meant there were strict requirements we needed to observe as we completed the 1,200m² re-roof – no tenting /tarping was allowed, and any moisture ingress would be very problematic. The site is also prone to weather events, with wind and rain sweeping down the valley.

Our site team developed a system that saw us making the call on whether to proceed at 5.30am each day. The ACM removal team led the way, removing the old roofing and cleaning the substrate, bagging up the waste and removing it regularly due to the constant risk that the wind would pick up. The ACM assessor would arrive at around lunchtime and clear the site, ready for the follow-on membrane team to make the area watertight by the end of their shift. We needed to ensure that we could always get the ACM accessor’s clearance to lay some emergency membrane if the weather closed in unexpectedly.

Along with the wind and rain, we regularly saw temperatures of over 30°C on site. December was one of the wettest months on record in the Clutha headwaters, so the dam’s flood and spill gates were open to capacity to minimise flooding on the Clutha river network, giving the site a constant deafening rumble and light mist.

Our team did a great job of working around the many constraints and managing the largely client-nominated subcontractors, successfully delivering the project on time. 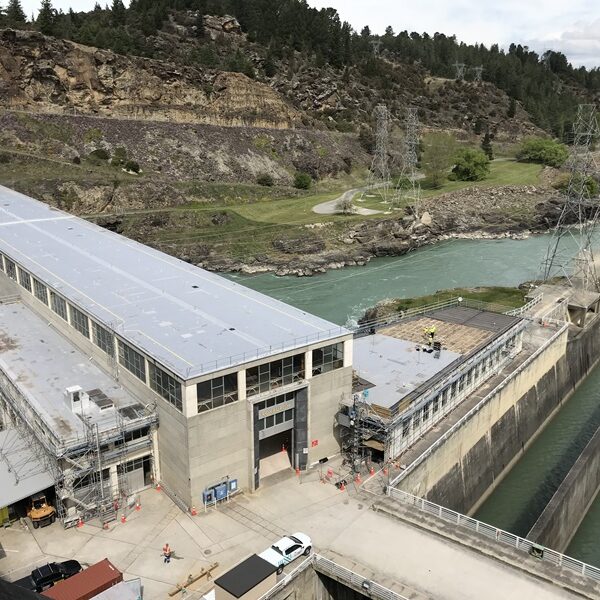 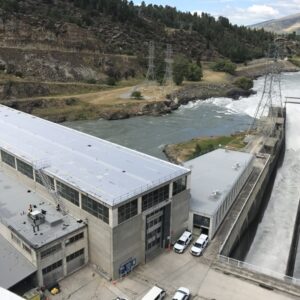