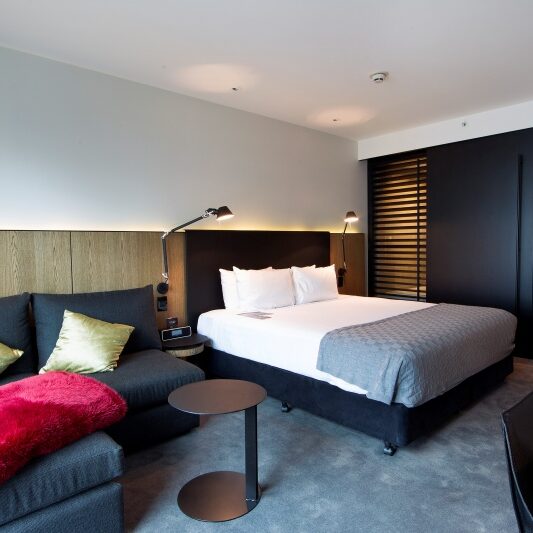 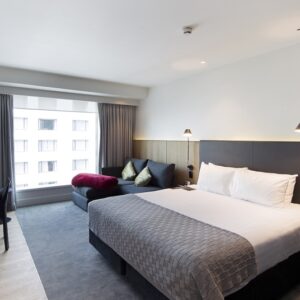 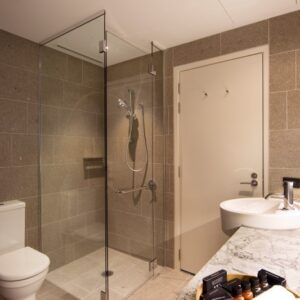 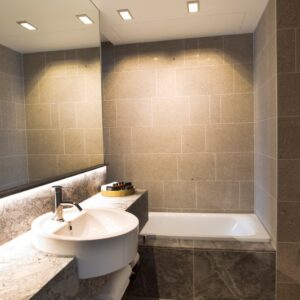 Refurbishments of hotels are not easy, and the project went very smoothly as we had a dream project team.

In a negotiated contract with a valued repeat client, Naylor Love refurbished the bedrooms, lobbies and corridors on seven floors of the luxury five-star 8,400m² SkyCity Grand Hotel in central Auckland. The work was staged carefully to allow the hotel to remain open throughout the duration of the works with minimal impact to guests.

A feature timber floor was laid at the entry of each bedroom, and the bathrooms were all upgraded with new tiles, mirrors, showers and vanity tops. Significantly upgraded soft furnishings included new leather bed-heads, built-in bedside lockers, and louvred bathroom doors. Two-way lighting was introduced to the bedrooms, and the new 55” plasma display relocated to the centre of the room.

In total, we completed 120 rooms and seven corridors on a floor-by-floor basis over two seven-month stages, each within a four-week timeframe and to a very high standard.