The choice of materials and the quality workmanship have delivered an exceptional product for St Bede’s College.

Our project at St Bede’s College included a new Chapel with a mezzanine gallery, feature windows, in-slab heating, brick slip façade on precast and in-situ concrete walls. The new building incorporated carefully preserved and refurbished historic items from the old chapel, including the oak pews and reredos and stained-glass windows.

The nature of the old Performing Arts Centre building meant some unforeseen issues were only identified during the work, including structural issues, excess ground water and contaminated materials. The project team came together to deal with these issues in a collaborative and dynamic way. The sequestering of ACM underneath the PAC mitigated a large cost for St Bede’s without endangering the programme or the environment.

We ensured that all activities were carefully planned and relayed to the school staff, with careful monitoring to ensure the safety of pupils, staff, workers and neighbouring properties. Noise and vibration were closely monitored to ensure that we caused as little disruption as possible.

The quality of the build speaks for itself, with the project culminating in the consecration of the Chapel in an elaborate ceremony on 13 September. 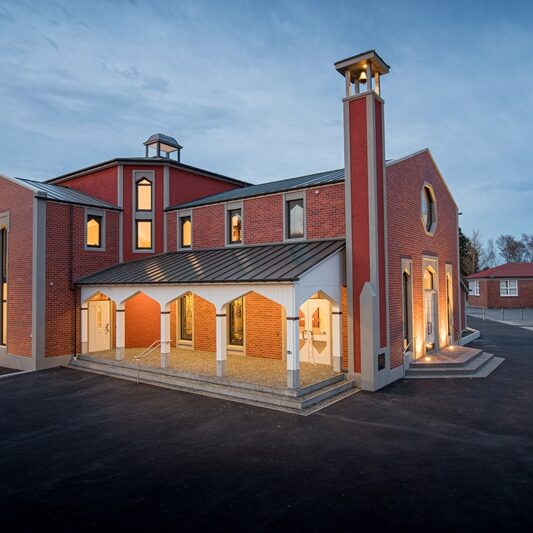 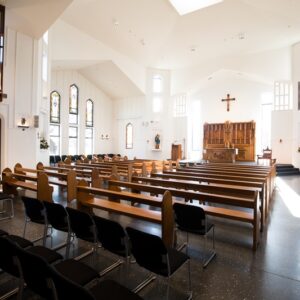 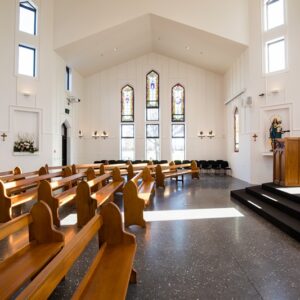 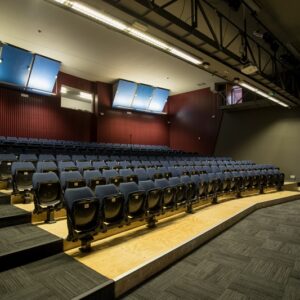