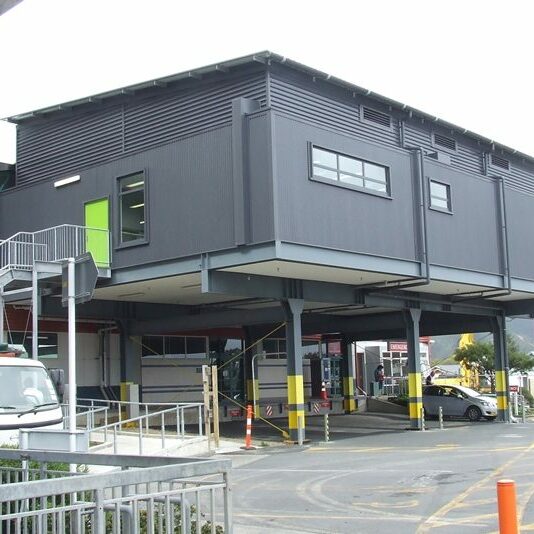 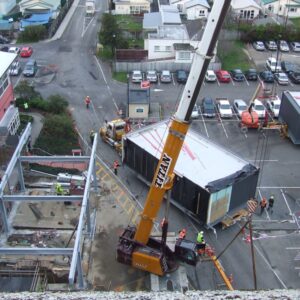 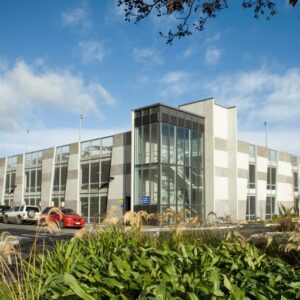 We were awarded the contract to provide two new temporary operating theatres for Hutt Valley DHB in April 2009, with a fast-track programme to be completed by the end of August. The new facility was to be installed on a structural steel frame above the A&E department’s ambulance bay, which needed to remain fully operational.

To minimise disruption we decided to construct the 250m² building shell off site in three sections, allowing it to be trucked to the site halfway through the programme. We developed a detailed preconstruction programming sequence, using our collaborative Last Planner tool and involving consultants and subcontractors early in the process. After ten weeks, the units were watertight, lined and fitted out with second fix services, ready to be transported to Hutt Hospital.

In the meantime, our services subcontractors worked in the existing buildings at the hospital to prepare all the connections for the arrival of the theatres, and the structural steel platform was erected over the ambulance bay.

The three units were smoothly lifted into place and bolted together in July 2009. Over the following six weeks we installed the steelwork for the rooftop plant room, installed and tested plant and equipment, and handed over the operating theatres to the hospital right on schedule to allow them time to complete the installation of their specialist surgical equipment.

Quality standards were maintained at a high level, with internal Naylor Love defects inspections carried out through the building several weeks before the consultants’ own checks. The minimal defects were all cleared within a week, and the project was completed within budget.

Meanwhile, across the main access road through the hospital from the temporary operating theatres site, we built a three-level, 5,400m² car park building in a mixture of in-situ and pre-cast concrete.

The parking building sat on 90 screw piles, originally designed to be an average of 7 metres deep. However, on-site ground conditions increased the average to 14 metres and several reached 18 metres. This extra work only added three weeks to the programme, and the car park building was completed in December 2009.