A historic building strengthened and rejuvenated for 21st century tenants.

We negotiated this landmark development at 501 Karangahape Road and 2 Hereford Street with Tawera Group following the completion of their adjacent Hereford Residences development. The anchor tenant is the first Tesla store in New Zealand, which at 2,019m² is one of the largest Tesla stores in the world and incorporates a full retail facility, design studio, delivery bays and a service centre. The development also includes four additional office and retail tenancies, which were completed sequentially.

The historic structure, believed to have been built early in the 20th century, required an extensive seismic and structural upgrade. The scope involved the excavation and reinstatement of the existing slab and ground beams, as well as the erection of large structural steel portal frames within the existing envelope. The stunning interiors feature rustic wooden beams, a high stud-height and exposed brick.

Large glass canopy wraps were installed around the K’Road and Howe St elevations to showcase the Italianate façade. Other architectural touches include the addition of a large glass window and Butzbach sectional doors on the Hereford façade.

Given the heritage nature of the building and the modern nature of Tesla’s brand, the client collaborated with the local historical society to make the buildings suitable for 21st century tenants while preserving their character. Naylor Love was involved in managing their expectations to prevent the ever-changing scope from delaying the programme.

We are privileged to have been involved in a project with global significance and look forward to working on projects of a similar nature. 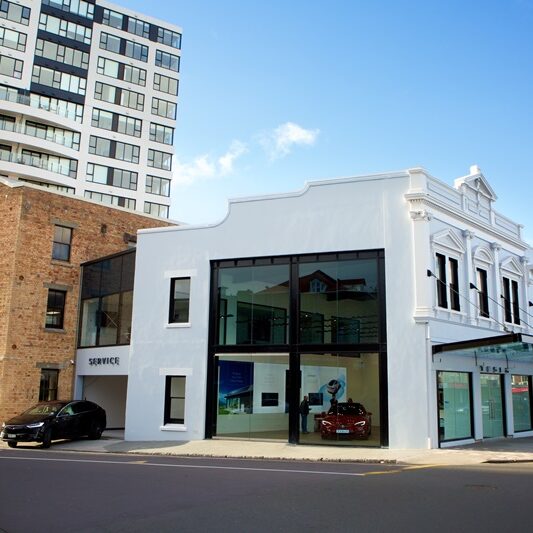 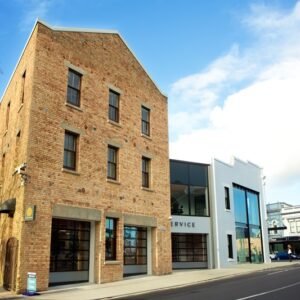 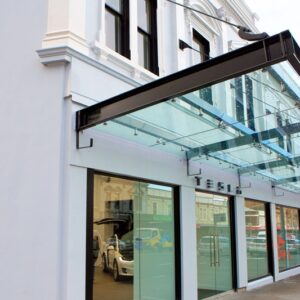 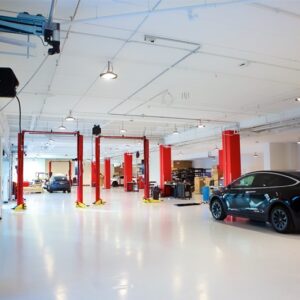 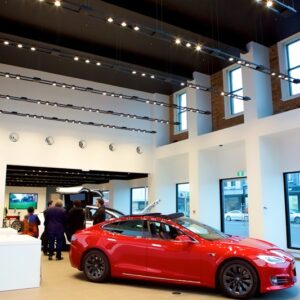