Naylor Love was engaged to demolish an eight-level car park building in the Wellington CBD, which had sustained structural damage from the November 2016 Kaikoura earthquake. As part of the demolition contract, we also took over and managed the cordon that was put in place for public safety by Wellington City Council.

The methodology and sequence of demolition, as well as constant monitoring of the structure, was critical to minimize the impact on the remaining structure during demolition. This was reviewed and discussed at each daily pre-start meeting.

It was estimated that 36,000 tonnes of concrete and 700 tonnes of reinforcing/structural steel was carried off site in 3,000 truckloads. The demolition works were completed on time and to the high safety standards required by Wellington City Council in this high-profile location. Site works and minor remedials continued on site once the cordon was lifted. 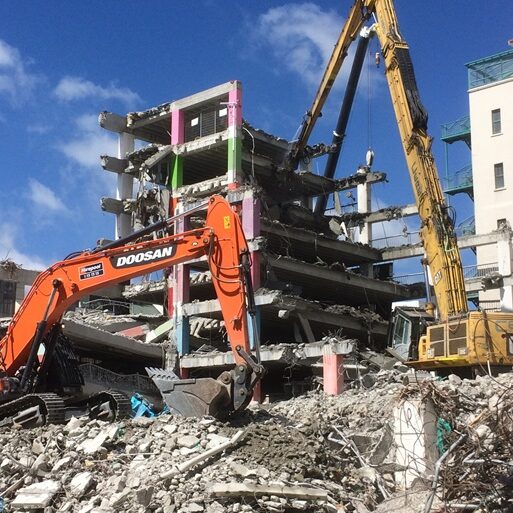 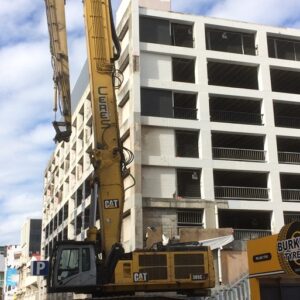 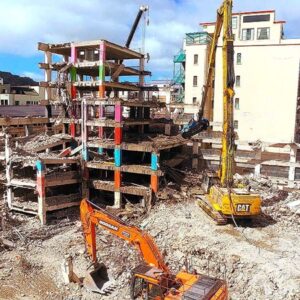