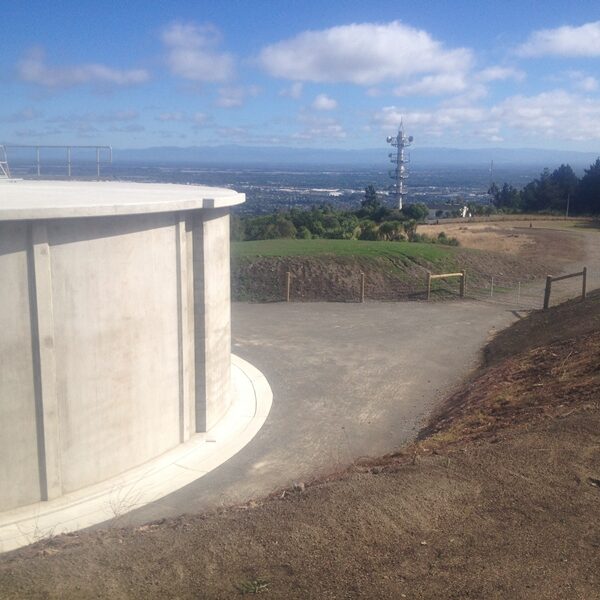 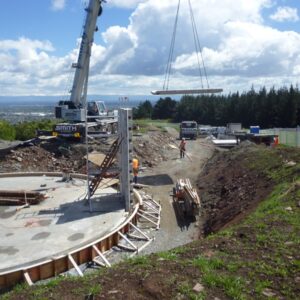 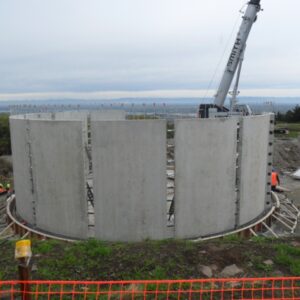 New drinking water reservoir in the hills high above Christchurch.

The Victoria Park Reservoir supplies drinking water for the suburb of Cashmere, and serves as a backup water supply for rural fire fighters. It is located in the Elizabeth Reserve in Victoria Park, high up in the hills overlooking Christchurch city.

Our other work at the site included civil works for the reservoir platform and access road, new water pipes, stormwater pipes, valves and chambers to connect the new reservoir to the water network, associated electrical works, and landscaping.

Down the road a bit we demolished the existing energy dissipater and built a new one clad in volcanic rock, with overall the aim of the finished build being to minimise the visual impact of the reservoir in this popular recreational area.