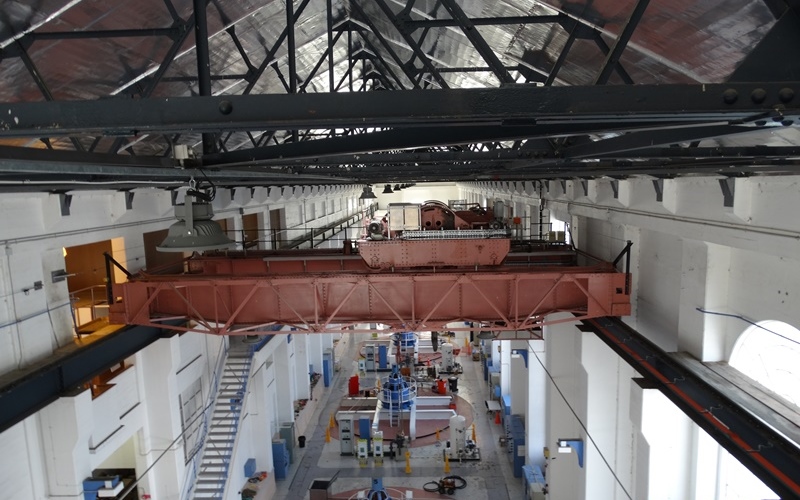 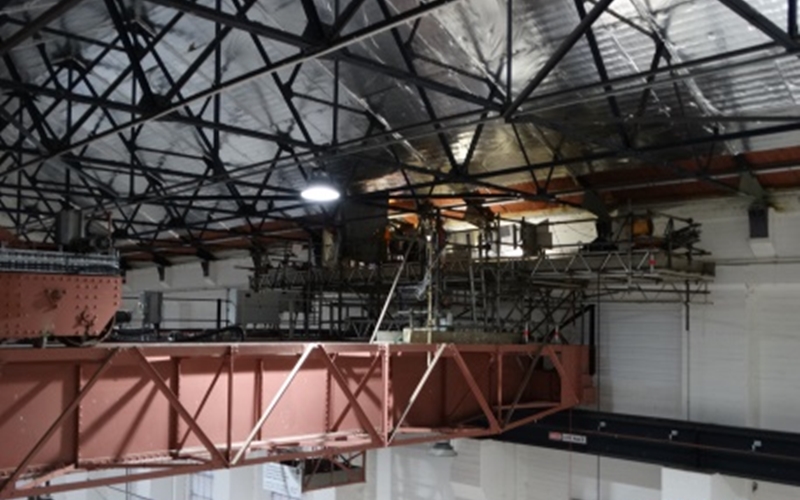 The Power House at Waitaki Hydro Station opened in 1935, with generators added over the years to bring it up to its current capacity of 105 megawatts – enough for 51,000 homes. We carried out seismic separation of the Power House’s roof from the walls under a design and build contract in 2016. The separation was to allow the roof and the building to move independently in a major seismic event, ensuring the power station could keep operating safely after an earthquake.

We worked closely with our designers WSP Opus and Meridian Energy to develop the design and methodology, installing sliding connections to the 48 existing roof truss’ connections to the main walls. The connections needed to resist normal building loads and movements but be able to slide up to 100mm in either direction during an earthquake.

To safely access the roof the roof truss connections, which are 17 metres above the main generator floor, we built a scaffolding platform on the gantry crane. This was moved along as we worked on each individual truss. Protection of the generation plant was critical, so we developed safety catch trays to ensure that anything that dropped would be caught, including sparks from the grinding and welding process.

We encountered a few obstacles along the way, including lead paint that needed to be carefully removed before we could cut out sections of the old truss. We also noticed hairline cracks in the old trusses once the new sections were welded in, so quickly developed a new methodology, bolting the old and new sections together.

The client was very pleased with the finished project, which was completed while the power house was fully operational. We visited the site a couple years later to check the sliding joints and were pleased to find that they were performing exactly as expected. Our design and methodology provided a successful, cost-effective solution for Meridian Energy.