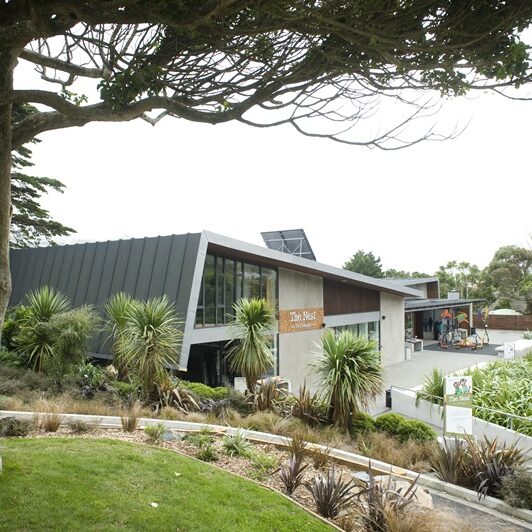 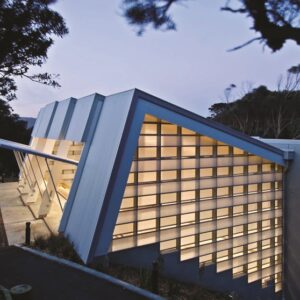 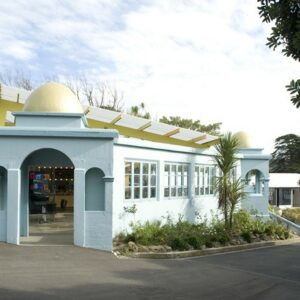 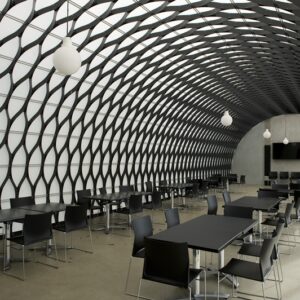 Naylor Love’s first project at Wellington Zoo, The Wild Theatre, resulted in a strong working relationship being forged with the Wellington Zoo team, leading to a number of other award-winning projects as they completed a major redevelopment.

The Wellington Zoo Amphitheatre is a multipurpose indoor theatre, shelter and function space, consisting of tiered seating covered by a simple lean-to roof. The rear wall folds open to a public area. The central site required detailed planning and client liaison, particularly around movement of plant and material deliveries.

The animal hospital at Wellington Zoo incorporated Environmentally Sustainable Design (ESD) and construction principles. Close attention was paid to recycling and reuse of construction waste throughout the project, with recycled aggregate used in the substructure concrete works. All timber was FSC certified, and the design also included a large storage tank for rainwater harvesting and solar panels on the roof.

A new bird breeding and care facility at Wellington Zoo with incubation and brooding rooms, a number of large aviaries, and even a pond for the larger birds to bathe in. The building had extensive siteworks and grassing to provide another great visitor experience at the zoo. The project began with extensive earthworks and foundation work, notable for the fact that we were warned that an elephant was buried somewhere on the site!

A key feature of the design was the retention of the iconic Elephant House façade, which has dominated the Wellington skyline for 100 years. The façade, including the two feature roof domes, was propped and protected during construction while the remainder of the old building was carefully demolished, crushed on site and used as fill material under the new building. The rammed earth walls were another interesting ESD feature – they were manufactured from clay found on the zoo’s premises, mixed with cement and compacted within formwork to form the 450mm thick walls.