Landscaping and new community amenities in a popular inner-city park.

In a series of staged projects running alongside our major projects for Hutt City Council, Naylor Love upgraded the outdoor spaces in the Lower Hutt Civic Precinct, also known as known as Riddiford Park. The gardens pre-date the buildings, having been established in 1923 as Lower Hutt’s first public park, and are still one of the most significant green spaces in the city.

The first stage of the landscaping project was the upgrade of the Anzac Lawn and Cenotaph in front of the War Memorial Library. The project involved carefully lifting the 30 tonne Cenotaph and moving it approximately 15 metres to a more prominent location, then installing extensive paving and constructing a low concrete wall with space for commemorative plaques.

In the second stage, we improved the entrance to the park from the corner of Laings Road and Queens Drive, installed a basketball half court, skateable areas, a network of pathways, seating, a permanent table tennis table, attractive, modern and accessible public toilets, and a pavilion with a BBQ area, and landscaping in front of the newly refurbished administration building.

The third stage of the development, which opened in 2018 alongside the new Lower Hutt Events Centre and refurbished Town Hall, included new landscaping, pathways, seating, a carpark to service the Events Centre, a sunken plaza, and a water feature to replace the old civic fountain.

The new public spaces have proven to be very popular with visitors and locals alike. 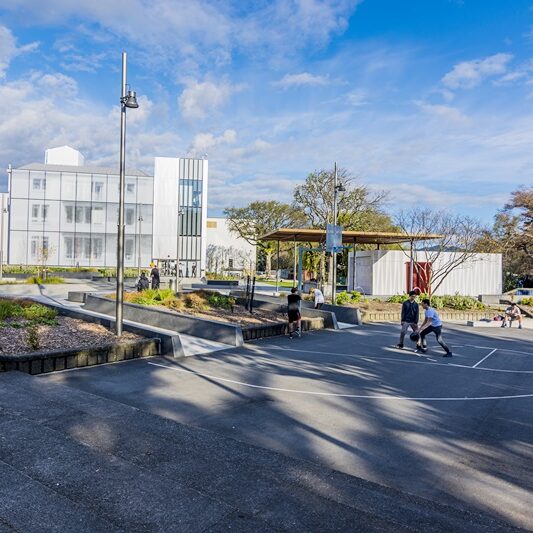 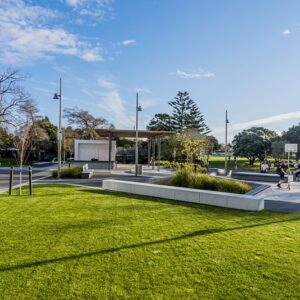 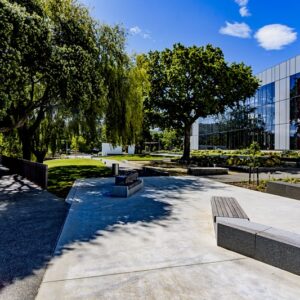 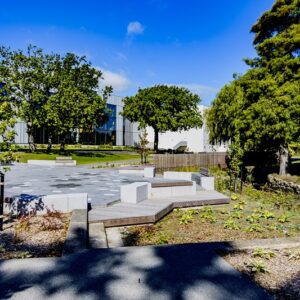 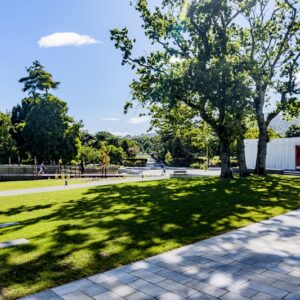 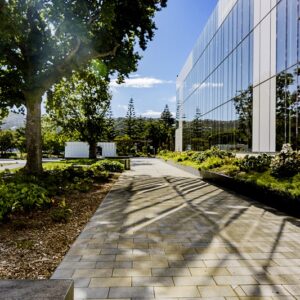 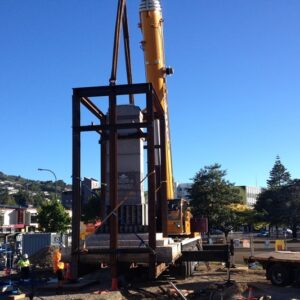