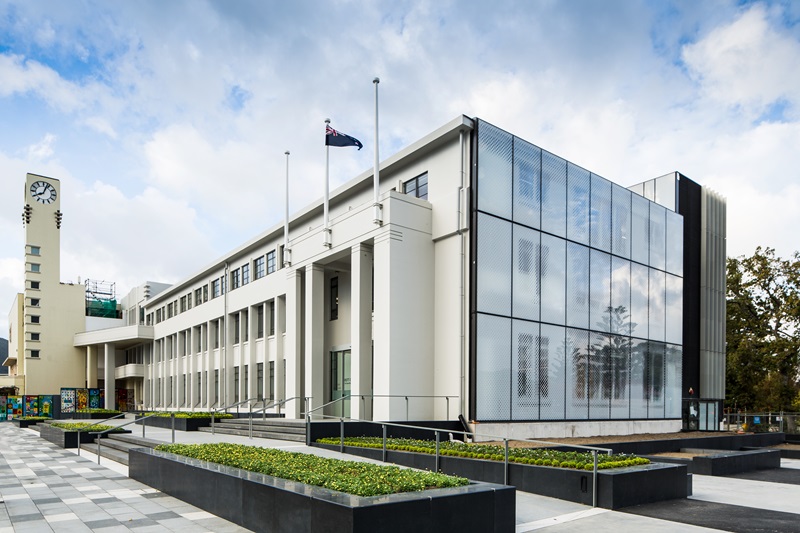 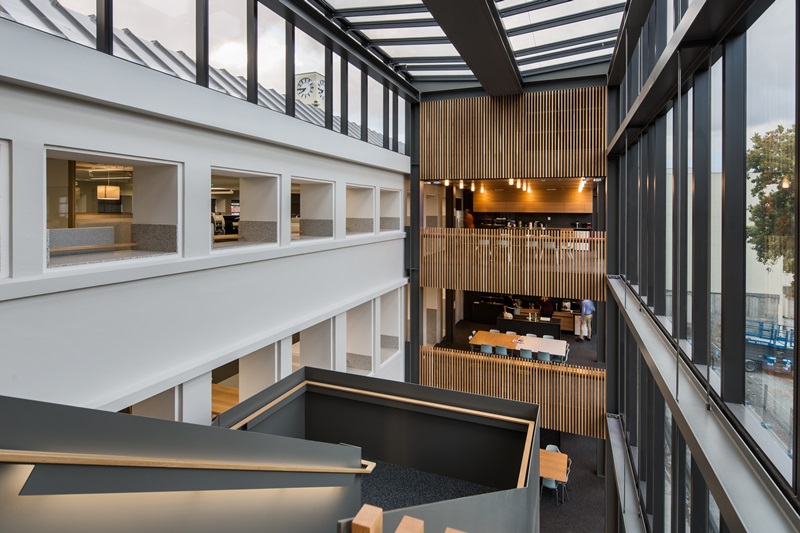 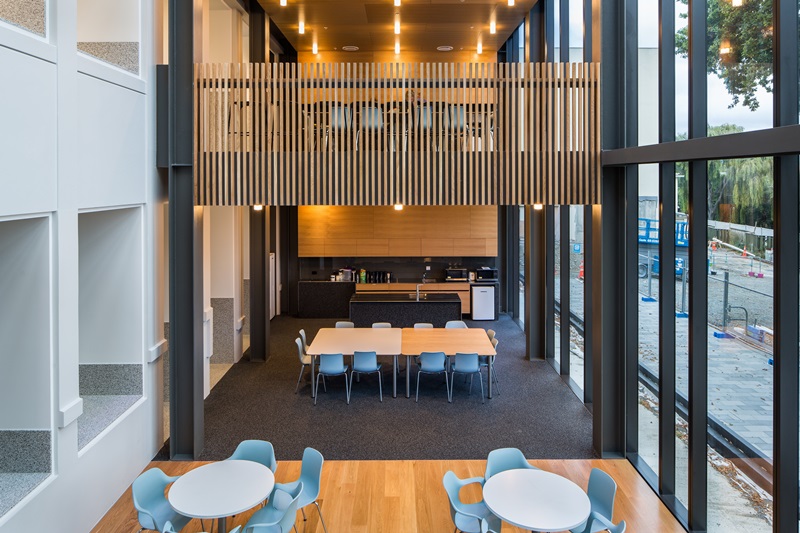 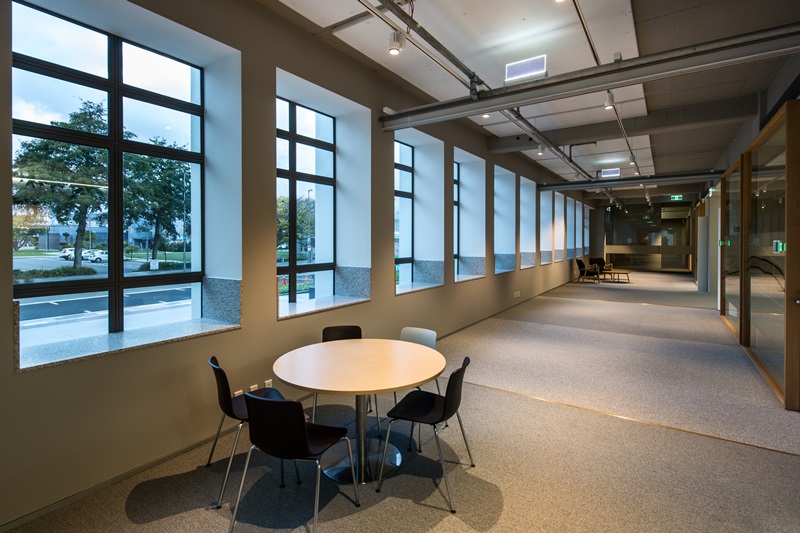 Hutt City Council’s administration building in Laings Road has been transformed by our Wellington team, with the earthquake-prone building re-piled and strengthened to meet current building codes and a complete revamp of the interior.

We were involved from an early stage of the project, with considerable input into the design development, methodology/buildability review and value engineering.

The rebuild and heritage retention of the circa 1954 building entailed significant deconstruction works, so the first step was a fast-track project to reconfigure an existing 3,567m² commercial building in High Street as a temporary home for the Council’s admin staff and service centre.

With the Council staff safely relocated, we conducted a full investigative asbestos survey, which involved taking 130 samples and having them tested. Using the resulting survey, we were able to plan and manage the asbestos removal to run concurrently with the staged demolition works. This allowed the project to proceed without delay, and ensured that the demolition contractors were not exposed to asbestos.

Work then commenced to re-pile the building with 18 metre screw piles. The 72 structural piles contain the pipework for an energy efficient ground source heating system, the first use of energy piles in New Zealand. The building was also retrofitted with a number of other environmentally sustainable features, including high levels of thermal insulation, double glazing and low-energy light fittings.

We stripped out the existing interior, including demolition of all floors and beams, then installed a new internal structural steel frame and flooring system. We also constructed a new four storey annex connected to the existing building, housing staff amenities and core services. Completing the transformation, we fitted out the building and installed new mechanical and electrical systems.

“Completion of the project was on time (which was critical for Council) and within budget expectations, and the finished project has received an overwhelmingly positive response from Council staff and the general public of Lower Hutt.”
Bruce Sherlock, General Manager, City Infrastructure, Hutt City Council

Our next major project for Hutt City Council was the adjoining Lower Hutt Town Hall and Events Centre, and we also completed the landscaping in the Lower Hutt Civic Precinct.