The Five Mile Centre is a mixed-use development in Frankton, Queenstown. We built the first two stages of largely retail stores between 2013 and 2017.

Five Mile is located on the 2.4 hectare site of a previously failed development and involved filling in the existing ‘hole’ with approximately 100,000m³ of fill. Once this was complete, the land further back into the site was excavated to accommodate the underground car park. The first stage involved major civil and infrastructure elements, including the realignment of SH6, a new roundabout, 800 above-ground car parks, and 22 underground car parks.

The 15,500m² first stage of the complex accommodates 25 retail and office tenancies spread over a five buildings, with anchor tenants including Countdown, Briscoes, Rebel Sport, Warehouse Stationery and Number One Shoes. Several tenants chose Naylor Love to complete their fitout work, which continued once key tenancies had already opened for trade. Full access for customers was maintained at all times, reducing the impact of any ongoing works on store trading.

The 8,000m² second stage comprises two single-storey buildings housing nine tenancies, including The Warehouse and Noel Leeming stores. When the already tight programme was impacted by a late building consent, we arranged to hand over to The Warehouse on a staged basis, enabling them to proceed with their fit-out while we completed the building.

External factors combined to make the projects challenging. Proximity to Queenstown International Airport required stringent adherence to cranage height restrictions, which necessitated carefully planning for panel lifts. A particularly harsh Central Otago winter during construction of the first stage meant contending with heavy snowfall and temperatures down to -14 °C, which impacted on both construction and civil works. The dedicated Naylor Love team and subcontractors worked tirelessly to ensure all obstacles were overcome to enable the stores to open as scheduled.

After completing the second retail stage at Five Mile, we started on the third stage – a five-storey mixed-use building. 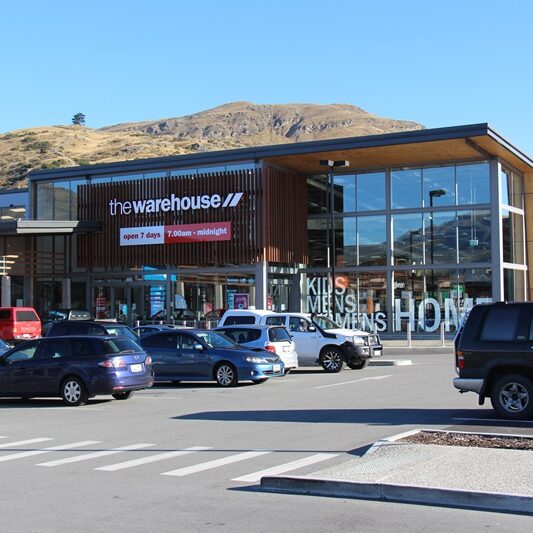 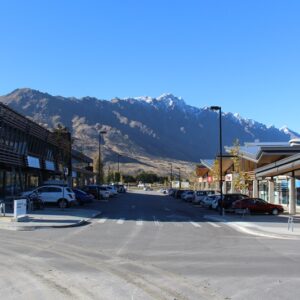 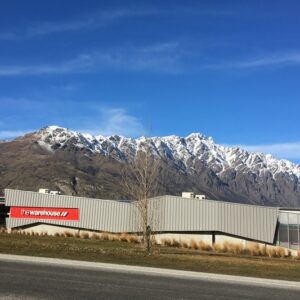 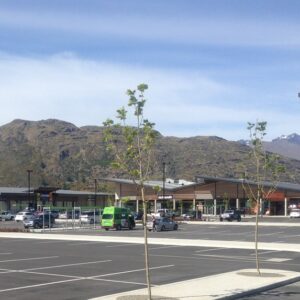 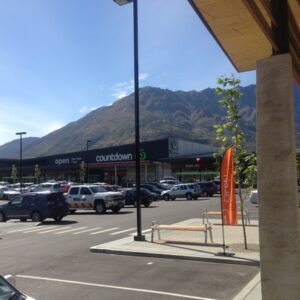